Foods that Shouldn’t be Frozen 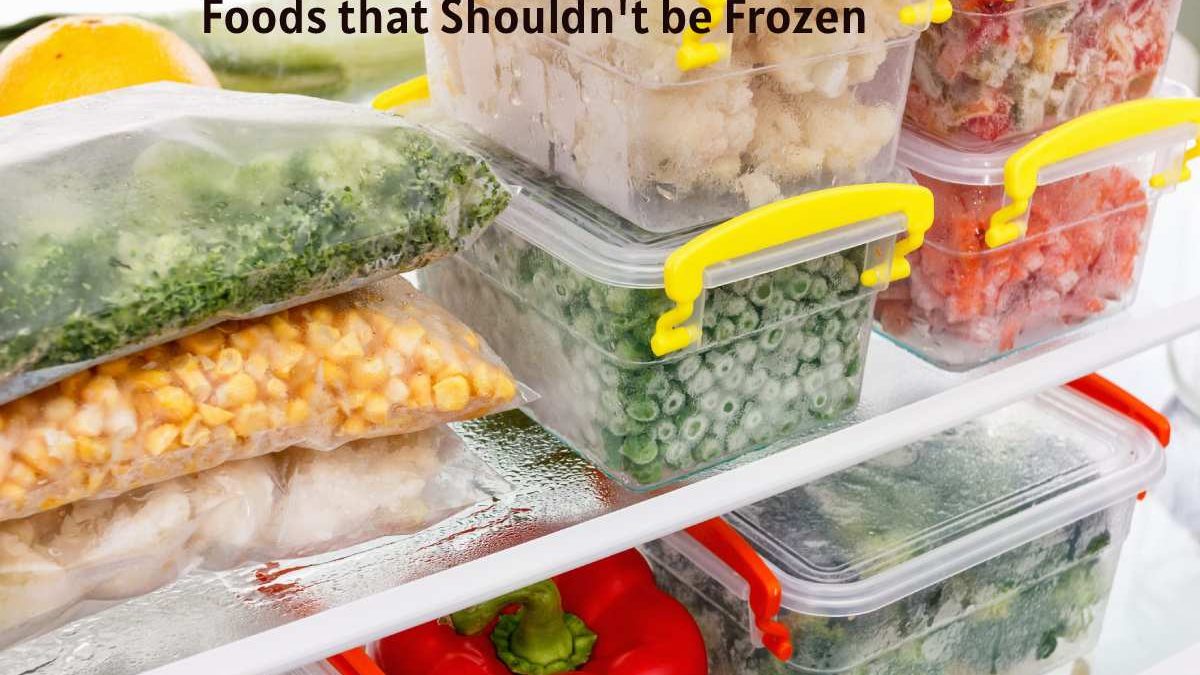 Foods that Shouldn’t be Frozen: Many people believe that putting foods in the freezer helps keep them for long periods, but this does not apply to all foods, as there is a range of foods that are not recommended to be frozen in the freezer so as not to become harmful to health, the most prominent of which are:

Unfortunately, foods that should not be frozen in the freezer are salad ingredients because the water content of vegetables is very high, which can cause damage and unfitness for use.

Most fruits also contain high water levels, which means that this water will freeze when placed in the freezer and cause damage when dissolved again.

Freezing yoghurt in the freezer is not desirable, as ice accumulates on these products. In addition, after it is removed, the ice will begin to melt in the form of a liquid covering the yoghurt, affecting its taste, thus challenging to eat or add to foods and beverages.

You should note that milk can be frozen and stored for up to 3 months and no more, but be sure to have space in the milk bottle because its size increases at freezing and can cause the packaging to explode when removed from the freezer. It should be left to dissolve slowly in the refrigerator before use.

Foods that should not be frozen in the freezer. One of which is potatoes, where potatoes contain a high percentage of water, so keeping them in the fridge or freezer will make them soft and soft, so you will lose their distinctive taste when cooked.

If you put fried foods in the freezer. You’ll lose their crunchy character, such as chicken, french fries and other foods, where they will become wet and therefore cannot be eaten again.

The fate of baked goods and sweets that are frozen is similar to that of fried foods. Where they will lose strength and become moist, wet and difficult to eat.

When the eggs are placed in the refrigerator, the water content inside them will expand, causing its crust to crack and become more susceptible to bacteria. Thus causing numerous health damage when removed from the freezer and eaten.

Meat that has been Dissolved Before

If the meat is dissolved after it is placed in the freezer, it should not be frozen again, as it will be a fertile environment to attract harmful bacteria. The alternative solution is to cook it and then put it in the refrigerator to postpone eating until the next day.

Storing soft cheese in the freezer causes water to accumulate. After it is removed from the freezer, this ice will turn into water and become unusable. This is why it is included in a menu that should not be frozen in the freezer.

Freezing pasta will not damage it, but its taste will change because it will become soft after melting, so it is not preferable to put it in the freezer. And this applies to rice as well.

Spices are on a menu that shouldn’t be frozen in the freezer, as freezing herbs changes their taste. Meaning they won’t give different foods a unique flavour but can change their preference for the worse.

You should note that the spices, in particular, should not be placed in the freezer:

Do Eggs Irritate the Colon?

Tufleamarket .com – March 2022, Know All About The Site

How Do I Get Rid of Gases with Exercises?